1-Sentence Research Summary: I examine how police interactions with the public unfold and the factors predicting actions and inactions taken by participants.

1-Sentence Teaching Summary: Questions are how we learn, and teaching is about creating conditions for curiosity to explore what we know, how we learned it, and what must come next.

David A. Makin, Ph.D., is an Associate Professor in the Department of Criminal Justice & Criminology and is the Director of the Complex Social Interaction Lab at Washington State University. Under his direction, the Complex Social Interaction Lab has processed over 30,000 hours of BWC footage for police departments on a range of projects including improving the use of procedural justice, examining differential decision-making within police community interactions, enhancing CIT training, examining the application of trauma informed practices within domestic violence contacts, and most recently projects seeking to understand the use of de-escalation and non-escalation strategies and tactics. In addition to his research, statistical, and disciplinary expertise, he has completed a 40-hour POST certified Crisis Intervention Team training, a 2-year Fellowship at the Southern Police Institute at the University of Louisville and holds several awards including the President’s Leadership and Engagement Awards of Distinction, President’s Award for Security, and the Exceptional Professor Award for the College of Arts and Sciences at WSU.  He has nearly 50 peer-reviewed publications and has received almost $3 million dollars in research funding, including research funded by the National Institute of Justice, National Science Foundation, and Office of Community Oriented Policing Services (COPS). As a result of engagement with industry he has received $600,000 in technology transfers allowing for solution development to public safety problems. Dr. Makin is an expert in programmatic implementation and evaluation, technology assessments, and is among a select group of researchers actively working with police departments to integrate body-worn camera (BWC) footage into supervision, risk management, and training.

Quan, Douglas (2020, June). ‘To continue to partner with police … is to be complicit’: These academics want Canadian universities to cut ties with law enforcement. The Star

Prokop, Jessica (2019, March). Zoom in on the body camera debate in Clark County. The Columbian.

Glover, Jonathan (2019, February). As Spokane beefs up efforts to catch car thieves, some – including prolific one who targets Subarus – won’t stop. The Spokesman-Review

Silverberg, David (2018, September). What Legalized Cannabis in Colorado and Washington Can Teach Canada About Policing. Lift.CO

Gammon, Catharine (2018, April). The Science Behind Where Police Should Place Their Body Cameras. Inside Science

Kuipers, A (2014, May 3). Getting help when it’s too late: Mentally ill are entering the criminal justice system at a worrisome rate. Moscow-Pullman Daily News.

RCI | Roots of Contemporary Issues Lecture, From Talk to Action: What Does it Mean to Reform the Police, 2020

Wu, G., Maskaly, J., Kang, W., Makin, D.A., & Ivkovich, S.K. (2022). Testing the Theoretical Relationship Between the Role of the Society at Large and the Willingness to Adhere to the Police Code of Silence | Semantic Scholar. Asian Journal of Criminology.

Makin, D.A., Bowers, O. (2020). Netflix as a Piracy Disruptor? A Cross-Sectional Test of Accessibility and Affordability on Interest in Piracy. International Journal of Cyber Criminology.

Makin, D. A. (2016). When the Watchers Are Watched: An Interpretive Phenomenological Analysis of Body Worn Cameras. Journal of Qualitative Criminal Justice & Criminology, 4(1), pp.113-151. 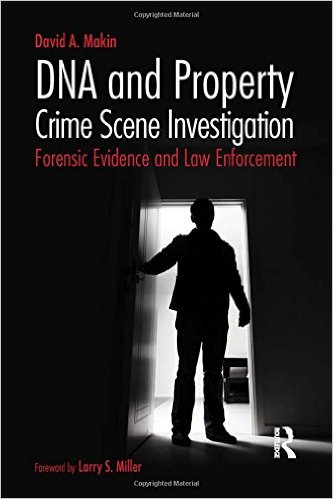