Melanie-Angela Neuilly, Ph.D., is an Associate Professor and Chair of the Department of Criminal Justice and Criminology. Prior to joining the department in 2011, Dr. Neuilly taught for five years at the University of Idaho. She received a Ph.D. in Criminal Justice from Rutgers University in 2007, and a Ph.D. in Psychology from the Université de Rennes in France in 2008. She teaches graduate and undergraduate courses on criminological theory, criminal justice study abroad, homicide and violent crime, and research methods.

Dr. Neuilly is currently spending most of her research time focusing on the analysis of the data collected during her long-term comparative field research on medico-legal practices in France and in the United States. This project was partially funded by a WSU Seed Grant and an International Travel Research Grant from the WSU Office of International Programs. Over the course of ten years, Dr. Neuilly collected qualitative and quantitative information on investigations and post-mortem examinations of over 700 deaths at four sites: one large medical examiner’s office on the East Coast of the United States, one mid-sized coroner’s office in the American Intermountain West, one mid-sized medico-legal institute in the Western region of France, and one large medico-legal institute in the Southern region of France. Based on these data, Dr. Neuilly has identified the major differences between the medico-legal systems, as well as established influences pertaining to individual medico-legal practitioners’ characteristics.

Dr. Neuilly’s research helped inform SSB 5256 “The Confidentiality of Certain Autopsy and Postmortem Reports and Records,” which was passed during the 2013 Washington State Legislative session.

Aside from her main research focus, Dr. Neuilly also examines how research methodologies influence research findings in criminology, for example when it comes to establishing recidivism risk, or how qualitative methods open up new avenues for criminological research. In addition, Dr. Neuilly is also interested in general theoretical questions as well as feminist theorizations of crime.

Dr. Neuilly is also deeply engaged within her community, whether at the university level or in Moscow, Idaho, where she lives. Aside from fulfilling her departmental obligations, she has served as Chair of the WSU President’s Commission on the Status of Women, Chair of the WSU Task Force on Paid Parental Leave, as an At-Large representative for the WSU Faculty Senate, and most recently, was the Interim Associate Vice Provost for Faculty Development. In the community, Dr. Neuilly has served as Executive Board member at Moscow Day School, a parent-led daycare cooperative, and is a Moscow City Commissioner on the Fair and Affordable Housing Commission. In all these roles, she strives to promote social justice, gender equity, and anti-racism.

Projects pertaining to the analysis of comparative data on medico-legal practices:

Death and taxes: The pervasiveness of inequities beyond life. This monograph is the culmination of Dr. Neuilly’s research on medico-legal practices, and her main sabbatical project. It will be directed toward a general audience, while maintaining the rigor expected of academic press publications.

Deaths Stories: A Text Mining Analysis of Autopsy Narratives. Both public health and criminological research heavily rest on the use of mortality statistics. Most often though, it is the numbers that are the focus of such scientific interest, reducing the depth of information present in autopsy files to continuous or dichotomized variables. In the present study, we provide criminologists and public health scientists with a different perspective on mortality data. Drawing from a sample of 720 autopsy reports collected from a coroner’s office and a medical examiner’s office, we present a qualitative content analysis of homicides, suicides, accidents, and natural deaths reports, offering a typology of themes present in each type of deaths. Such a typology provides the basis for further understanding how the death certification process influences the compilation of mortality statistics, which in turn are used in criminological and public health research. As such, we propose that a better understanding of the death certification process can lead to increasing the quality of mortality statistics, and thus the validity of research findings based on those data.

The representation of death as entertainment: Medical examiners as heroes. An important part of leisure implies an intellectual activity centered on the external stimulation of the imagination. Through this activity, individuals can escape everyday life with heroes living extraordinary lives, doing extraordinary deeds, thanks to extraordinary qualities… or they can identify with realistic characters dealing with situations similar to theirs in much the same way they would because they are alike. Who those heroes are and how they position themselves on the fantasy to reality continuum is not without social significance. In this realm of intellectual leisure, death has always had a role of central importance. Heroes, who always have to face death and battle it in order to right social wrongs, have evolved and reflect the times that sprung them. Investigators, attorneys, and medical examiners have replaced kings and knights in shining armors. As professionals of death, medical examiners’ battle is ex post facto, making death and the dead a central feature of the imaginative entertainment. The author proposes to examine the emergence of medical examiners as a new set of popular culture heroes in television programs from “Quincy” to “CSI” & co, “Bones” and “Crossing Jordan.”

Mothering from the Field. This edited volume published by Rutgers University Press surveys the experiences of women who have to conduct field research while parenting. The book’s main foci are policy recommendations and practical tips for aspiring field researchers in quest of work-life balance.

How Do Victims of Sexual Violence Benefit from Mutual Disclosure? An Exploratory Study of Women in South Korea, Journal of Interpersonal Violence, 2018.

Exploring the Characteristics of Violent Death Reports for Children in the United States, Child Abuse and Neglect, 2017.

Within and Inter-Institutional Difference Between Death Certifiers on Autopsy Conclusions, Journal of Interpersonal Violence, 2016.

The Art of Conferencing, Journal of Criminal Justice Education, 2016.

The Reality of Field Research with a Family: Turning a Nightmare into Memories, The Criminologist – Criminology Around the World Feature, 2015.

Putting the Public Back in Public Health: An Argument for the Articulation of Fatality Reviews and Coroners’ Inquests, Homicide Studies, 2013

Using a Comparative Framework to Understand Violence as a Social Construct, Victims and Offenders, A Journal of Evidence-Based Policies and Practices, July 2011

When Murder is Not Enough: Toward a New Definition of Community Violence, Aggression and Violent Behavior, 2007 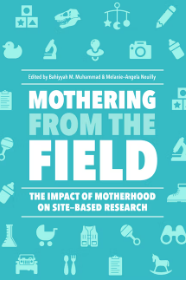