Criminal Justice Study in The Netherlands

Over spring break 2016, eight WSU criminal justice majors accompanied professor Melanie-Angela Neuilly on a study abroad program to the Netherlands.  This unique experience was a cooperative project with University of Idaho professor Brian Wolf and eight UI sociology-criminology students.  After two years of taking students to England, the third installment of this Criminal Justice Study Abroad faculty-led program took the students to The Netherlands. The purpose of the trip was to afford students an up-close examination of the Dutch approach to criminal justice as well as first-hand insight into international policing and court organizations.

First, the group spent several days in The Hague visiting national and international institutions of justice.  Visits included trips to international institutions such as the International Criminal Court, the International Criminal Tribunal for the former Yugoslavia, and the European Police Office (Europol).  Also in The Hague, students gained insight into security concerns specific to the Netherlands through visits to the National Coordinator for Security and Counterterrorism and National Rapporteur on Trafficking in Human Beings and Sexual Violence.

The second part of the trip was in Amsterdam where students were exposed to varying perspectives on the policing and regulation of vice.  This included a law enforcement guided tour of Amsterdam’s famous red light district.  For contrasting perspectives, students also heard talks from the founder of a sex workers union and the proprietor of a cannabis information center. To supplement site visits, the students heard lectures from top Dutch scholars on the Dutch approach to the regulation of drugs, criminology, and the topic of the sex trade and human trafficking.  The group also visited the US Consulate to hear about the security concerns of US embassies and missions abroad. 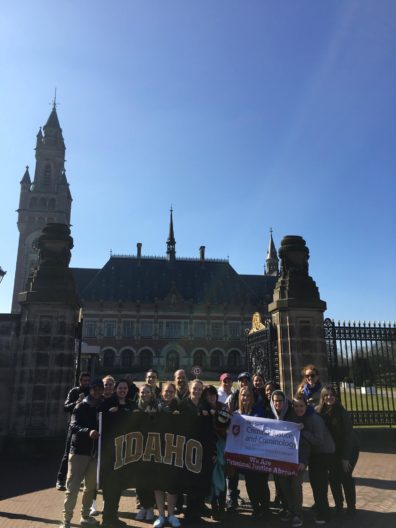 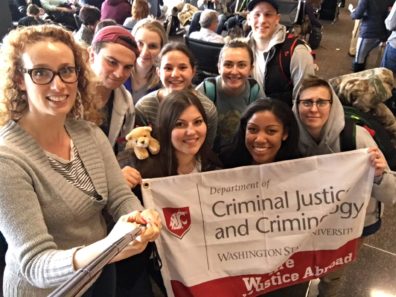